It’s time to get back to work. Here’s what it’s like to ride the roads of Vermont. 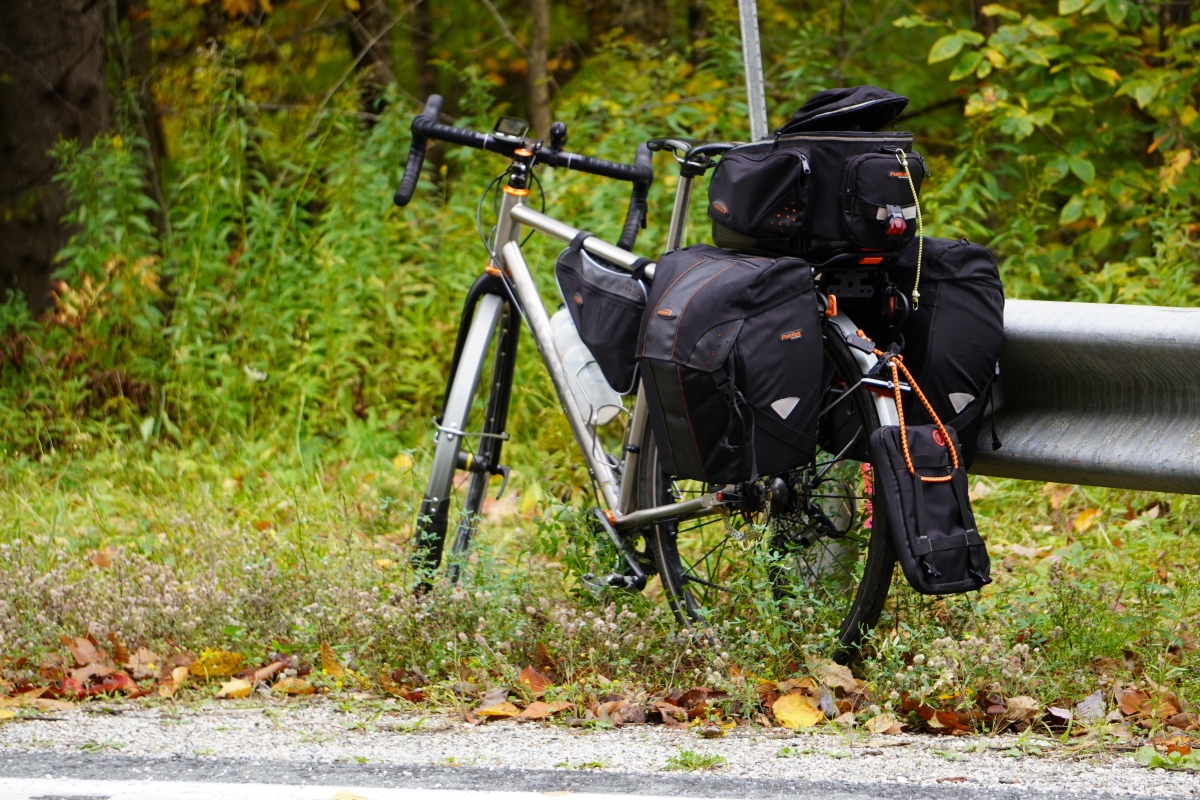 Let me switch back to riding this time. On Thursday, Oct 3rd I needed to leave Barnet VT and work my way down to NJ. The next stage of the tour looked to be easier as it followed the Connecticut River which divides VT from NH. My only problem was starting. The following is a description of the next two days riding to Hanover and the Rutland area. I was soon to find out there is no easy days on this tour.

It’s worthy to note that there is a great variety of roads here for cyclists:

While I rely on Google Maps (chosing “bicycle” as my means of transport), you can never be sure what kind of blend of roads it will create as a route. There often is a variety of roads and trails. Dirt roads are slower to travel, are bumpier and are usually more remote. However, they can be more peaceful and relaxing away from traffic. Note: As a rule I don’t use earphones while riding but they are almost necessary if you follow a route on Google Maps.

Starting out I could see the route while at Mike’s house via an Internet conection, but I could not follow the route when moving because I lost cell service. Long story short, I eventually managed to pick up Google again which suggested a more bike-friendly route. I complied. I should have known better.

The first ten miles took me in a dirt-road circle back to where I started. I had lost at least an hour of precious time. I quickly decided to chuck Google Maps and just follow Route 5 to Hanover NH, where I had planned my next airbnb stay.

While the rest of the trip was long (56 miles – over 5 hours), peaceful (low traffic), but remote miles, Hanover NH is diiferent. Its the home of Darmouth University and is somewhat lively, especially from where I had been.

Dartmouth is an Ivy League school but the town is not as vibrant commercially as Harvard or even Princeton. I had to search around to find even decent pizza and a beer. But I salavged the night with maybe the best gellato I’ve ever had.

While I thought about touring the campus I quickly lost interest. Mary Ann, Justin and I had toured it years ago when he was interested in Dartmouth. But sometimes things just work out differently – and maybe for the better.

I started out the next day toward West Rutland,VT which is near some big skiing areas like Killington and Okemo. Thinking about that I knew it would be a rough ride wth increasing altitude. Also Mike had mentioned that there are far fewer roads going across the state than north and south. There are chunks of mountain ranges that are just harder to cross.

In this mid-state area, route 4 is the heaviest commercial highway from east to west. So, I opted for a more local route which turned out harder and steeper to climb. The ride was beautiful and scenic for much of it.

However, I had to ride about 25 miles on route 130, a newer state road built for trucks and high speed cars certanly not pedestrians and cyclists. I needed nerves of steel and legs like pistons on this autobahn. Then, I could see that the last 15 miles or so were not near highways. That could be good news or could be bad. It turned out both.

First, my exit off of Rt 130 was into a dirt road where even cars were not permitted. Then, there were a series of complicated turns down paved roads. This went back and forth for miles. Finally, I was within 10 miles. The roads were no longer numbered but named (was not sure that was good or bad). West Rutland was farm country and roads are of various conditions.

Near the end was Walker Mountain Road and it seemed paved. I should have known by the name that I had a challenge ahead and I was already pooped. This baby went up, turned and went up again and again until there had to be a 20% grade near the top. I gave up and walked the bike the last several hundred feet. Even that was hard!

Finally, I rolled down Walker Mountain and shortly came to my airbnb. It was the late afternoon around 4:00. I had just ridden 67 miles in about 8 hours. I eaten a hugh breakfast but no lunch so I quickly unpacked and rode another couple miles into the only commercial intersection around and stocked up on food and drink at the local gas station/convenience store.

It was a tough day but not unlike others when you are doing road work on this tour.