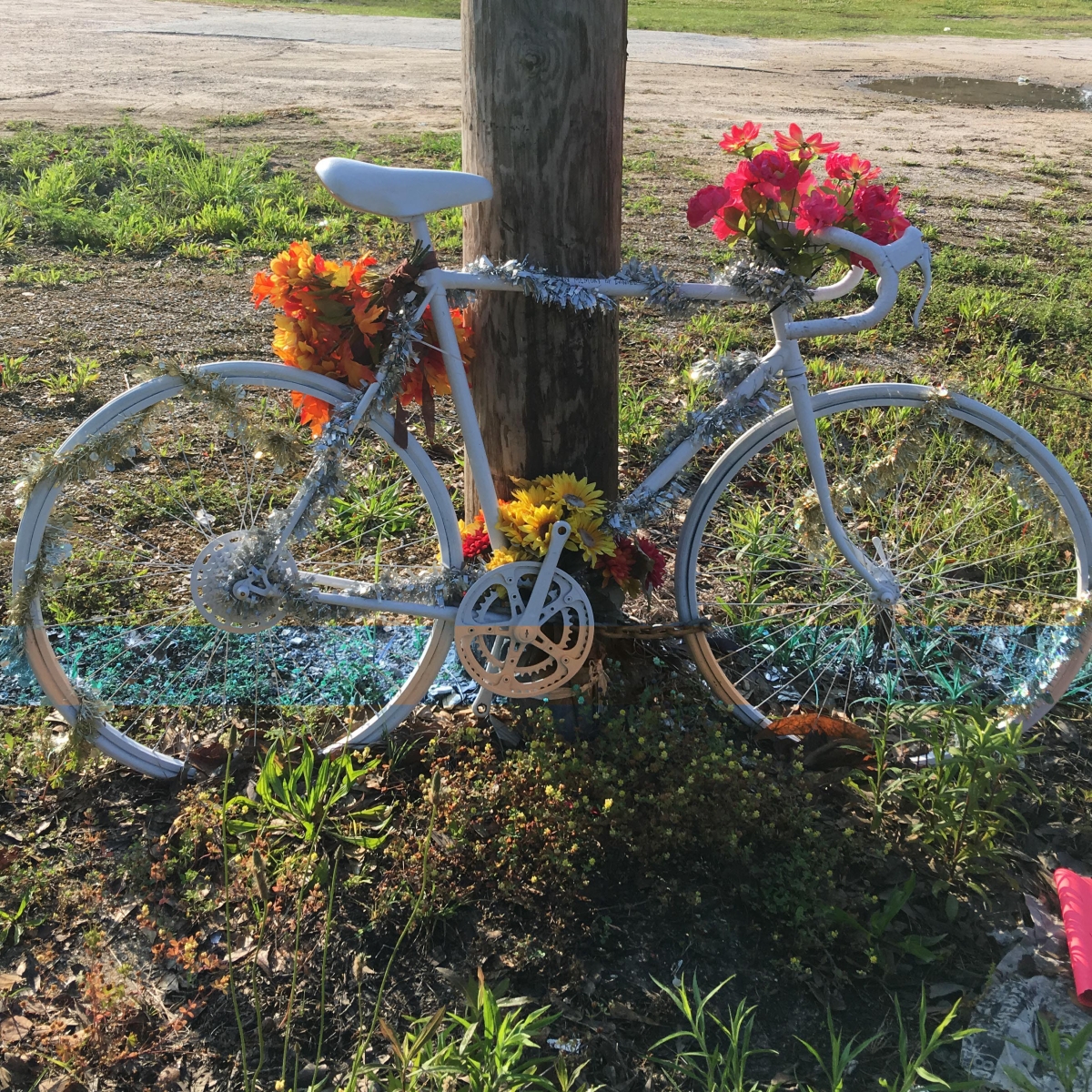 They are an unavoidable sight when you ride the highways these days. Those colorful markers on the side of the road that catch the corner of your eye. They seem to spring up out of nowhere and vary in all respects except for their purpose — heartfelt memorials to a tragic ending for someone who was loved.

Highway memorials, (also called Descansos in Southwestern U.S.), are markers that note a place where a violent death took place. They are commonplace these days and vary state by state. Most states recognize the emotional connection a family has to a victim of highway tragedy. But, they also realize that such displays of emotion can be a form of distraction which can lead to danger too. There’s a fine balance of sympathy, public service message and distracting signage here. And, that’s not to even mention the problem of family caretakers maintaining the site with flowers and other symbols of the loved one’s life.

I think I began noticing the memorial displays in the Florida Keys along 100-mile section of Route 1 (aka Overseas Highway), one of the more dangerous roads because of the amount of traffic and speed. There’s a conundrum here because much of the Keys has an alternate bike path that runs alongside 80% of the highway but traveling it by bike requires much more time. Riding the path means slowing for various cross streets and commercial businesses, which can make that path inherently dangerous too. But there are sections, like the Seven Mile Bridge where there is no alternative path but the highway.

Even for a bicycle, stopping to view or attempting to understand the origin of the memorial is not possible or even wise. Besides, there are too many of them. After a while they blend into the road and become a passing blur except for maybe a few unique ones.

Over the years, you may have seen a white bike, usually adorned with flowers, chained to a tree or sign with a memorial plaque. This memorial is called a “Ghost Bike” and symbolizes a cyclist meeting his or her end on the highway. These are particularly meaningful to me and I would guess to anyone who rides a bike. The message is clear: “This could be you. Be careful.”

While not as common or varied as the typical roadside memorial, they can be seen occasionally in places where you least expect them to be, like a quiet country road, a beautiful turn in farmland or just a normal intersection. There are roads that were constructed without cyclist safety in mind, but in the end, any road can be dangerous.

You can’t continue to ride a long journey thinking of the possibility of danger at every corner, but you can perhaps heighten your awareness and senses. My passing thought, and sometimes prayer, goes out to the one who lost her life, to the victim’s family and even the driver, for a mistake that continues to reverberate.

Big mistakes are avoidable but sometimes they just part of price you pay for taking the journey.