A great concert for the ages. Neil Young at the Ryman Auditorium. 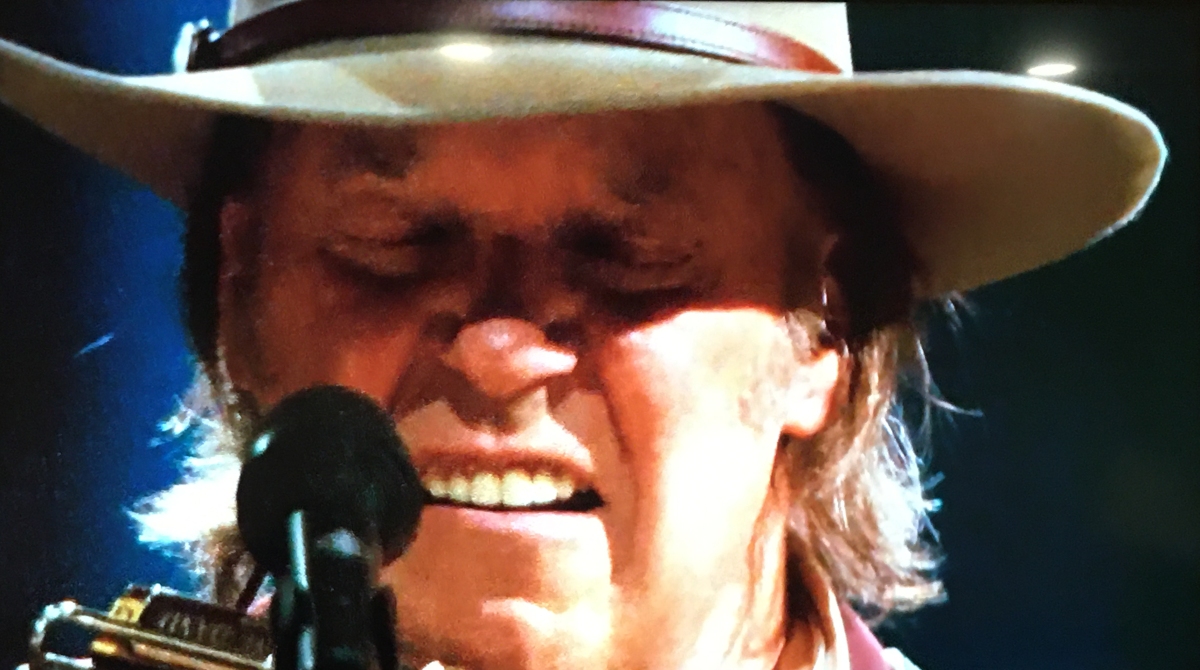 We’re taking a slight “detour” here from my Reunion Tour bike trip blogging to comment on and recommend a movie that brought home some of my personal feelings as of late. It’s one of the best concert movies I have ever seen.

Occasionally, out of the blue, something appears as a selection on one of my 60+ streaming TV channels that really, really is worth watching. That happened last night when I selected from Kanopy the 2006 Neil Young: Heart of Gold documentary directed by Jonathan Demme. Its themes, music and point in Neil’s life tie right into my 13-day, 500+mile bike tour I completed last week. The message sent to me was clear – others pass this way too.

This is the thoughtful and everyman Neil Young performing songs for the first time from his Prairie Wind album which was critically acclaimed and nominated for 2 Grammys. It was a different turn toward an Americana sound somewhat like country, bluegrass and folk ballads. It reminded me of the music I heard in Vermont that just tell simple stories well. I loved the album at the time but had totally forgotten about it. This is the same Neil Young who once sang, “It’s better to burn out than fade away.”

Young wrote most of the songs after his father’s death a few months before. At the time, he was diagnosed with a treatable brain aneurysm. Yet, he opened a tour of the album at the famed 2,600-seat Ryman Auditorium in Nashville, the shrine and home of the original Grand Ole Opry. At the time he was all too aware of the fragility of life.

The songs are about growing up in Alberta, his father, his daughter, his god, and even his guitar. It’s a beautiful positive ode to the basic important things in life. While I’m not a country music fan, the emotional connection that a good country song brings is in this music, in spades.

Young is reverent to all the places, old times and everyone he has known. The heartfelt lyrics and sound are true and played to perfection with great musicians, including Emmy Lou Harris and with artistic and minimalist filming. Neil never looked more like the musical genius he is than in this work.

If you’ve read other posts on my blog myplanc.blog, you know its about getting older and in appreciating and discovering joy in everyday things. This documentary did just that for me and helped me bask a bit longer in the good vibes I got from visiting some old friends – and having the unforgettable opportunity to reminisce about good old times.