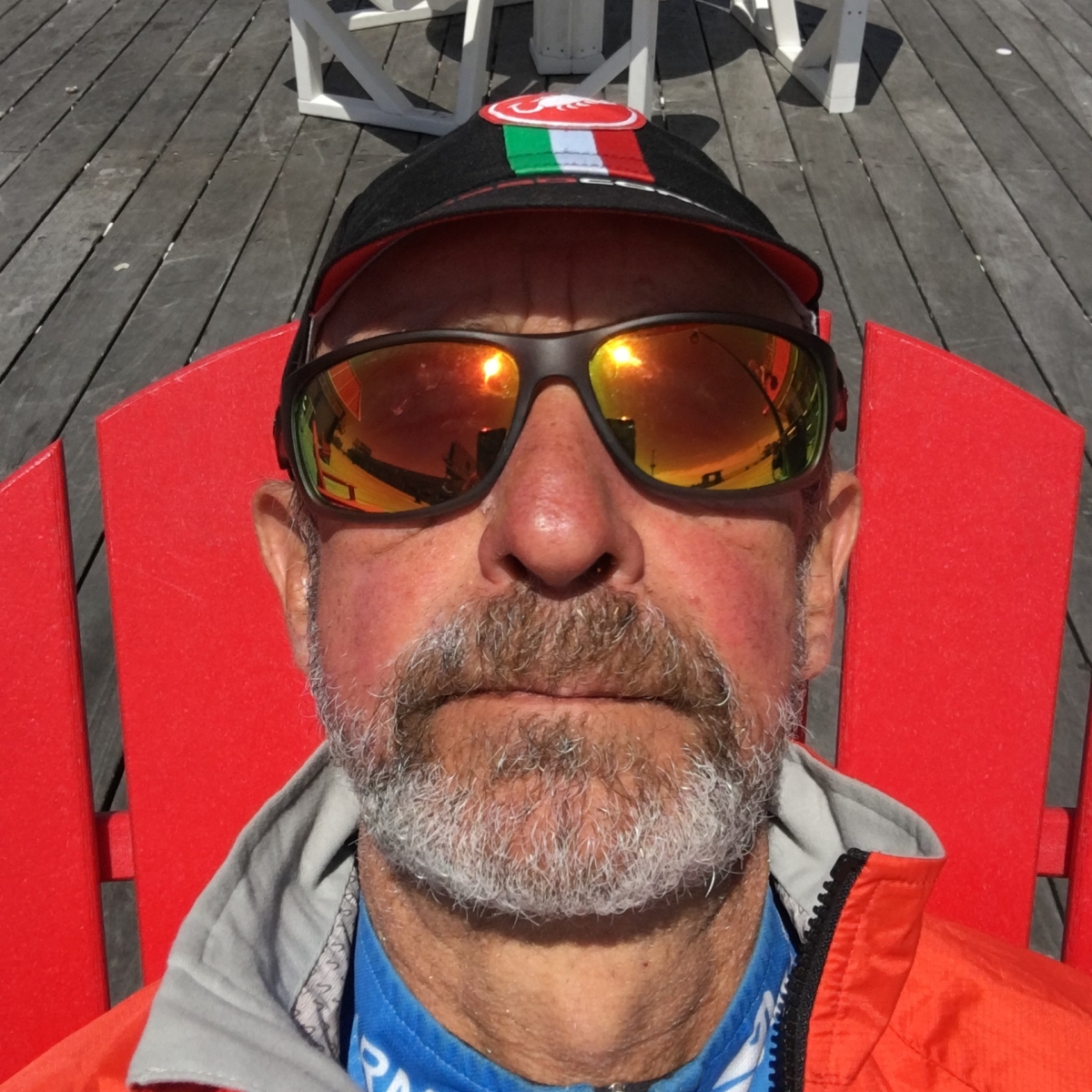 As I close this one-month journey, I’ve already been asked, “Which part of the ride did you like the best.” That made me think about what makes up the best place to ride, and the corollary of what makes the worse place. Setting aside my love of ferries and fear of bridges, there were two locations that easily come to mind.

It’s a lot easier for me to think about all the wonderful unique places along the coast, starting with Florida Keys for its beauty and laid back attitude. The stark and vast beauty of Hatteras’ sands and water make other beaches seem small. It’s hard to compare the southern hospitality and vibe of Savannah. I wish I could have had a few more days to explore and eat my way through Charleston. And, part of me feels I could have written the next great southern novel in either Beaufort, Georgetown or Cape Charles. There’s mysterious local characters there along with the moody Cypress moss hanging from those trees.

But, I would have to give the nicest place to ride and enjoy to the area to Rehoboth. Rehoboth is a great little accessible town and I love the idea of riding a 17-mile ferry here for a mere $8 (with bike) from or to NJ. The Delaware beaches, paths and riding lanes make it so easy and enjoyable that almost everyone can be happy doing some outdoor activity. 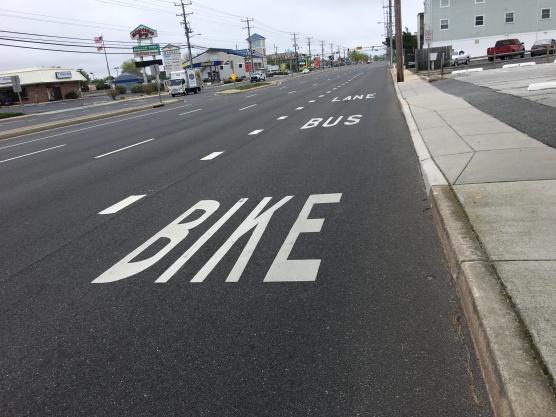 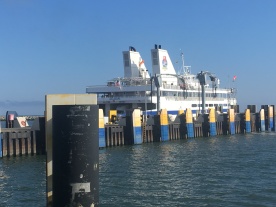 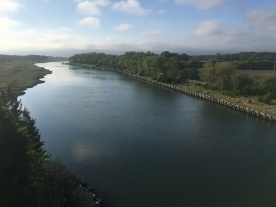 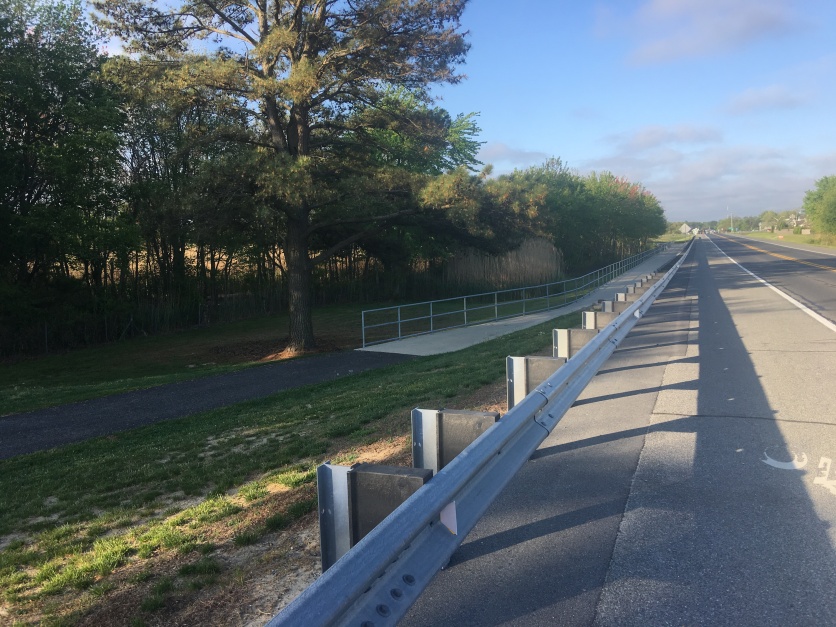 The Delaware state parks seem almost as wide and open as Hatteras. Perfectly groomed paths are all connected and run into the community. Wide roads are clearly marked for cyclists, at least more than I have seen anywhere else in the U.S. It seems that they also provide more public information on their resources. It’s probably also due to having the right infrastructure and marketing to make it work. It begs the question, “Why would you not bring a bike or walk a path here?” This is an inviting place to be. (Also, reknown for its craft breweries.) 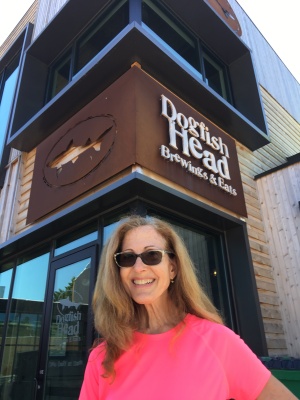 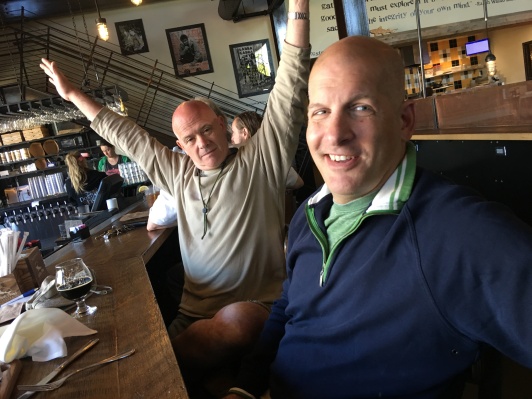 After my stay in Rehoboth, I took the Cape May-Lewes ferry to continue my journey north to my next stop, Atlantic City. The day, while clear, was a horrendous one for a 60-mile bike ride. The earliest ferry put me at the tip of Cape May at about 10:30 a.m. for a late start and I had about 55 miles to ride faced with a 20 mph headwind, with only higher gusts to look forward to. While I enjoyed a couple of boardwalk stops in Wildwood and Ocean City, the rest of the ride was tough, including about a half-dozen bridges. I should have know that this was going to be the appropriate prelude to my stay in A.C. 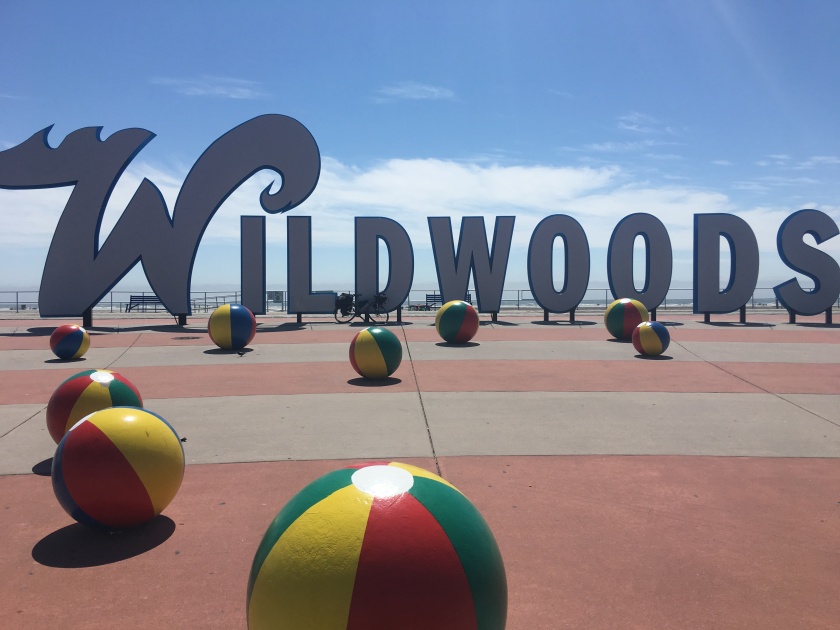 The shore towns between Cape May and A.C. are all very nice and some quite outstanding like Avalon, Stone Harbor and Ocean City. But A.C. is in a different category. Once you cross the last inlet bridge, its clear that you are not in Kansas anymore. 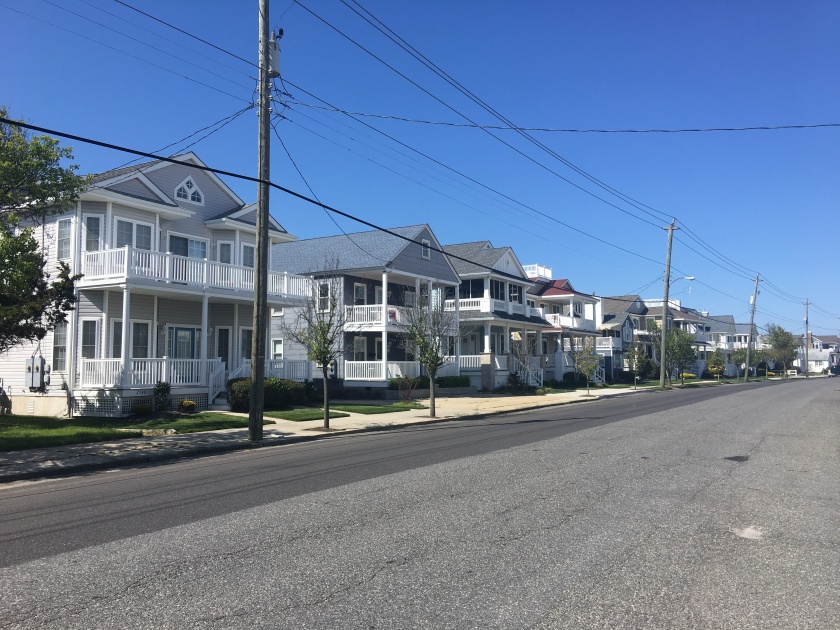 Fortunately, I was staying right across the street from the Tropicana which is on the southern end because I was pretty pooped when I reached A.C. Buildings suddenly turned into skyscrapers, streets narrowed and you got the feeling you were entering a street in Manhattan. Any consideration for a pedestrian, let alone cyclists, was absent. You know the drill. The casinos want you to stay where you gamble and not leave. If you do leave, you leave at your own risk. Better to get a cab or a Uber. 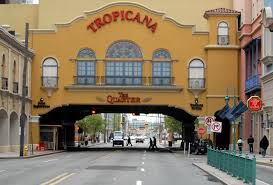 When I approached the Tropicana, I’m was about to make a turn down Iowa Street when I noticed three young dudes just hanging around talking to each other on the corner. KInd of strange at this intersection. They eyed me. I rode a half block down right past them looking for the building where my Airbnb apartment would be. I found it in an old multi-story building, similar to one you might find on any New York City street.

I called my Airbnb contact to let me in the building and noticed that suddenly the three characters are 10 feet away from me. One is in an animated conversation on his phone the other two are talking to each other. My instinct along with the hairs on my back, tell me this might be the time to just roll out of here. I made that call again rolled around the block and mentioned the situation to a cop. He asked, “Did they do anything to you or threaten you?”

So I try again stiffening my resolve. The Airbnb contact, who is just a building super or something let’s me in the shabby entrance and escorts me nicely to the room. The apartment I got for $62 that night was actually quite nice, newly renovated with full run of a bedroom, living room and kitchen. My only question was, “Is it safe to leave here?”

There are plenty of restaurants nearby and one or two pedestrians, but there’s an emptiness to the streets, except for cars. I walked down a couple blocks and can easily see this is not a wealthy area, except for those locked up in the casinos.

I Googled food stores to buy something to bring back and hole up with. I ended up walking a mile along Atlantic Avenue to find the nearest thing to a grocery store. There’s more of that same insecure feeling there with many guys hanging out, maybe doing deals, maybe not. I just didn’t want to be part of it, especially on foot. I played it cool and probably looked like just another loser hanging out on the streets.

I decided to try walking the Boardwalk back for safety and curiosity. It looked like the same concessions stands from years ago only fewer people. To be fair this is an off time of the year. But A.C. is on the ropes these days. Even here it’s a stark difference between casino, streets and the boardwalk.

So, here’s a contrast that I just never thought about when I was planning the ride. One place has a community of its people in mind the other of visiting winners and losers, with no apparent concern for its place and its people. Is it possible to rehabilitate a place based on those principles?

The A.C. Airbnb represented the city perfectly. If you are inside and you have what you want, the rest of the world does not matter, that is spite of the beautiful ocean just one block away. It’s like saying, “The area around me can go to hell as long as I’m happy.” Whereas, in a place like the Delaware shores, there’s a recognition of the importance of sharing the outside resources which promotes a feeling of a caring community.

Which would you rather play or live in?

Join 221 other subscribers
Follow My Plan C on WordPress.com