On August 18, 2021 all rides and adventures stopped for Iohan Gueorguiev. But his legend and spirit lives on in his videos and our fond memory of him. 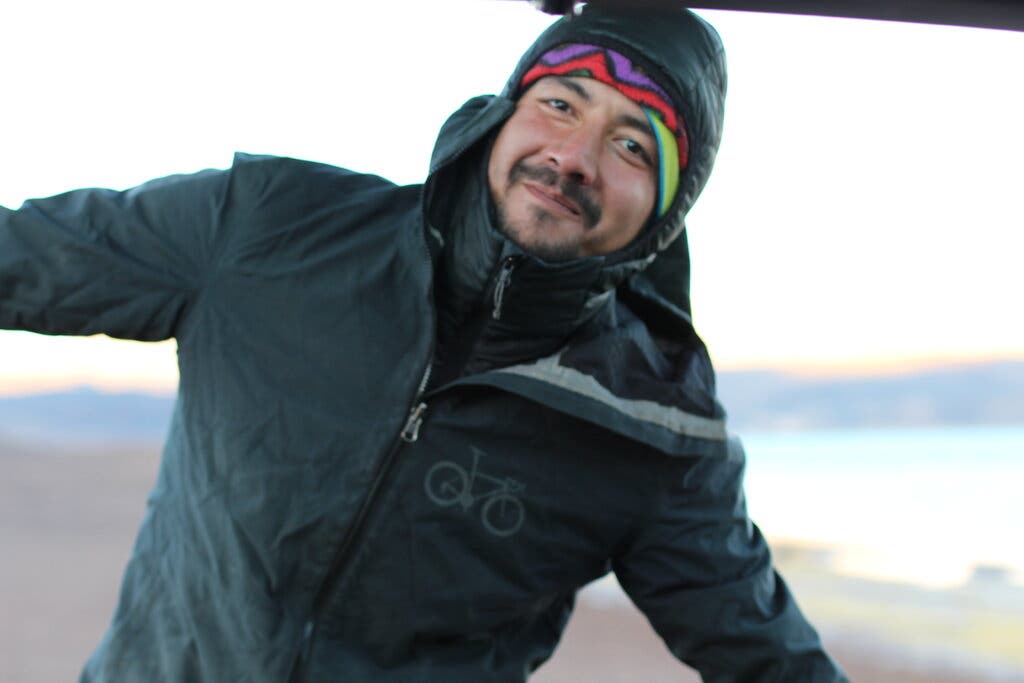 While browsing the New York Times’ website in August of 2021 I came across a link to an article that immediately caught my attention. The link read, “Iohan Gueorguiev, ‘Bike Wanderer’ of the Wilderness, Dies at 33.” It was probably the combination of his odd name, his given title and the fact that he lived a short life that drove me to find out more.

In his short life, and in particular his last seven years, he rode over 60,000 miles, rode in 19 countries, climbed mountains, paddled rivers and experienced all sorts of discomfort, pain and pleasure along the way. Fortunately for us, he documented much of his accomplishments in a collection of over 70 YouTube videos which have had over 7 million views. His “See the World” YouTube channel was basically the travelogue of his adventures. Iohan was chasing a dream of biking from Canada’s Arctic Circle to the tip of Argentina. He almost made it.

Iohan was not unique in the adventure sport of bikepacking. But through his videos you would find that there was no one quite like him. He consistently held a positive and humble attitude as he would bravely move forward through snow, ice, wind, rain, heat, rough terrain and the highest mountains. His videos are evidence that he saw himself not as a super hero, but as a witness to a world we never see. Through him, we could vicariously conquer the harshest conditions, see the beauty on those backroads and meet the real local people (and animals) along the way.

During his last two years, Covid restrictions and logistics got in the way. But, at the end, it was the physical condition of obstructive sleep apnea which led to insomnia and then depression causing him to give up his dream and his life. His abrupt final end seemed like the ultimate paradox to a life that always found a way to overcome all obstacles.

Riding Into the Rabbit Hole

With my own experience cycling and touring on a bike, I was especially intrigued about his crazy adventures and the effect he had on others. I began pouring over one video to the next for months until I had followed his seven- year journey . From the beginning, he chose not to be the ultra-prepared, technical sportsman but to rely on on basic knowledge, a positive attitude, his intuition, friendly spirit and his ability to improvise in a McGiver-ish way. He became the “everyman adventurer” I so admired.

With no detailed plan he set out to experience the world, not to conquer it. Each trip over the years he would gain knowledge of bikes, tires, roads, weather, sponsors, photography, travel, native languages and native people. Starting with a basic GoPro camera and simple mountain bike in the Yukon he films the icy frontier and finishes his travelogue on a fat bike taking stunning drone videos of the high mountain desert of Patagonia and some of the highest peaks in the world.

The videos are not about him but about what he sees. Iohan shot and edited all the video while laying down a beautiful sound-track for each of them. They are a pleasure to watch, listen to and dream about.

The popularity of his videos and comments about his death seemed outsized for what he accomplished. Many, including me, felt like we had met him, or at least understood him. His many experiences with people and animals, especially dogs, are in those videos as evidence of a kind and caring person you could not help but admire.

There is a popular notion in chaos theory that some very small action can cause something great to happen called the “butterfly effect.” A story often told is that the flapping of a butterfly’s wings may eventually cause a change in the weather. I would like to think that Iohan is that butterfly for thousands of us.

His many followers vicariously lived an adventure by meeting him or experiencing his videos. I know that the hours of video I watched changed my impression of bike touring, the natural world beyond and the people we never get to meet, but wish we could – from the top of North America to bottom of South America.

I have no doubt that some of Iohan’s fans will embark on similar journeys, share friendships with others and take joy in the natural world around us because of Iohan and the work and experiences he left behind. The fluttering I hear is the sound of a bike pedal.

2 thoughts on “A Butterfly on a Bike”