A stay in North Philadelphia turns into a visit with John Coltrane.

It’s always a special treat when serendipity pays a visit. Even more so when there’s music involved.

I needed to drive to Philadelphia and get an overnight place to stay this past Friday night. Having had some interesting, and mostly rewarding, experiences using Airbnb.com, I searched for a place near Fairmount Park where most of our FreeWalkers’ Philadelphia Marathon Walk would be taking place early Saturday morning. Using Google Maps and Airbnb reviews, I found a place in Brewerytown, a section of North Philly I knew nothing about.

The Airbnb photos and reviews were good for a simple, private room on N 32nd St. and plenty of parking. Best of all the cost was only $50 for the night! But, reading into the listing and reviews there appeared to be two items to reconcile. What was this section of town like? And, what did the possibility of hearing CSX trains at night mean? No reviewer seemed particularly put out by either.

Using Google Maps, locating the place was easy and close to the highway. You could see  signs that this was a distressed section of town, but also signs of new building among old industry. As you might have guessed, this section of town had been home to dozens of breweries in the past due to its proximity to the Schuylkill River and the German population. Today only one exists – Crime and Punishment Brewing which I unfortunately did not get a chance to visit.

The neighborhood seemed similar to the gentrification I saw recently in Brooklyn. My place was a small front room of a new townhouse close to the street, clean and sparse with all the amenities available. The owner, Tyler, was a young friendly guy and highly rated by Airbnb.

Part of my interest in any Airbnb stay is to explore the area once I get checked in. You could see that this might be a challenge because its a mixed use area with old and new residential as well as industry and converted loft space. Parts looked cool. Parts looked threatening. Using Google Maps again, I decided to take a walk. Fairmont Park was close by. And, then I saw a map bubble for The John Coltrane House. Whoa, I had no idea he was from Philadelphia but I needed to know more.

That CSX train’s tracks literally separated Brewerytown from another part of North Philadelphia across Girard Avenue and just a few blocks away on 33rd St. Even though this was adjacent to the park, it was literally “on the other side of the tracks” and looked badly neglected. Still there were signs for and about John Coltrane there, beckoning me to find out more. I continued walking to see what tribute was there to honor the great jazz legend.

I walked about a mile to an old section of row houses needing repair and saw the home and a marker outside. It read “The John Coltrane House” which is designated as a national monument. This place was formidable for his career where he developed his unique style and worked for a time with Miles Davis. The monument on the street did not reflect the place and the place did not reflect the monument.

During the years (1952-58) that Coltrane lived on N. 33 Street, the house was often referred to as Trane’s House by many Philadelphians who were part of the jazz scene and by local fans that frequented the live music bars and clubs… (stories that) Coltrane played his horn on the front porch and in the park across the street are still told by old timers in the neighborhood.

It would appear there was an effort to renew and revitalize the place in 2012. What happened afterwards? Was it a lack of money or organization?

Coltrane had his bout with drugs and alcohol and moved to New York for his final years. He had recovered from his addictions and produced some of his best works inspired by a spiritual recognition before he died at the age of 40 due to liver failure. Some speculate it was from Hepatitis due to his earlier addictions.

It’s All About the Music

You may not be a jazz enthusiast or musician but I challenge anyone who has ever heard a riff by Coltrane to ever forget it. There is something otherworldly about his tenor sax that experts agree was unique and even spiritual. Here’s a sample of “In a Sentimental Mood” with Duke Ellington.

Let me say that I’m not a jazz expert but more a casual fan. There is something that’s palpably different with a saxophone, especially one so sweet and longing as “Trane” played. Coltrane died much too young but the legend lives on. How lucky am I to just step into the legend? It even forced me to review and learn about his life and music for this piece. I began thinking the old building may not make it but at least his music will.

The Legacy: A Love Supreme

Of course, there is one piece that even transcends all his other great work and that is “A Love Supreme“, considered to be among the best jazz music ever recorded. Coltrane’s music was so profound that a church was created as Saint John Coltrane African Orthodox Church in San Francisco that mixes African Orthodox liturgy with Coltrane’s quotes and a heavy dose of his music.

You can learn more about the making of a “A Love Supreme” and the special jazz talent he worked with at the time here with this NPR piece.

When you begin to see the possibilities of music,
you desire to do something really good for people.”
-John Coltrane

Bumping into legacy of Coltrane was pure luck…or maybe improvisation? Just as John Coltrane might have played it. 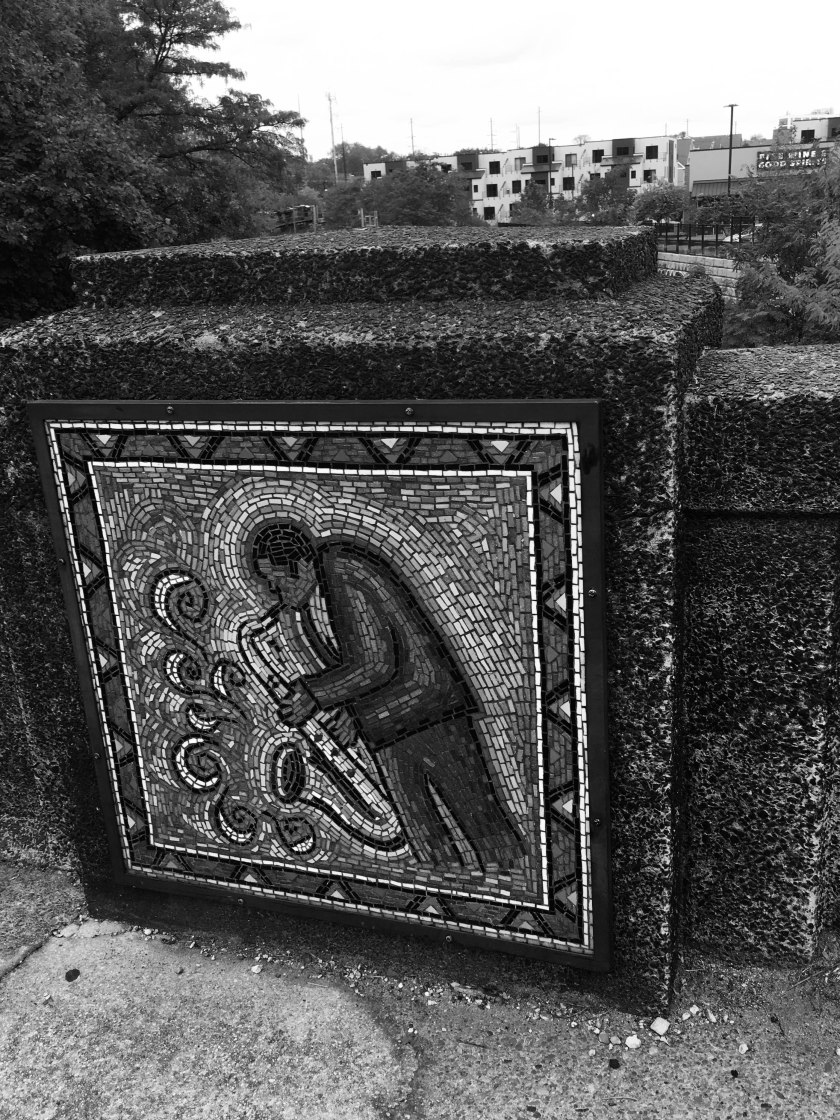